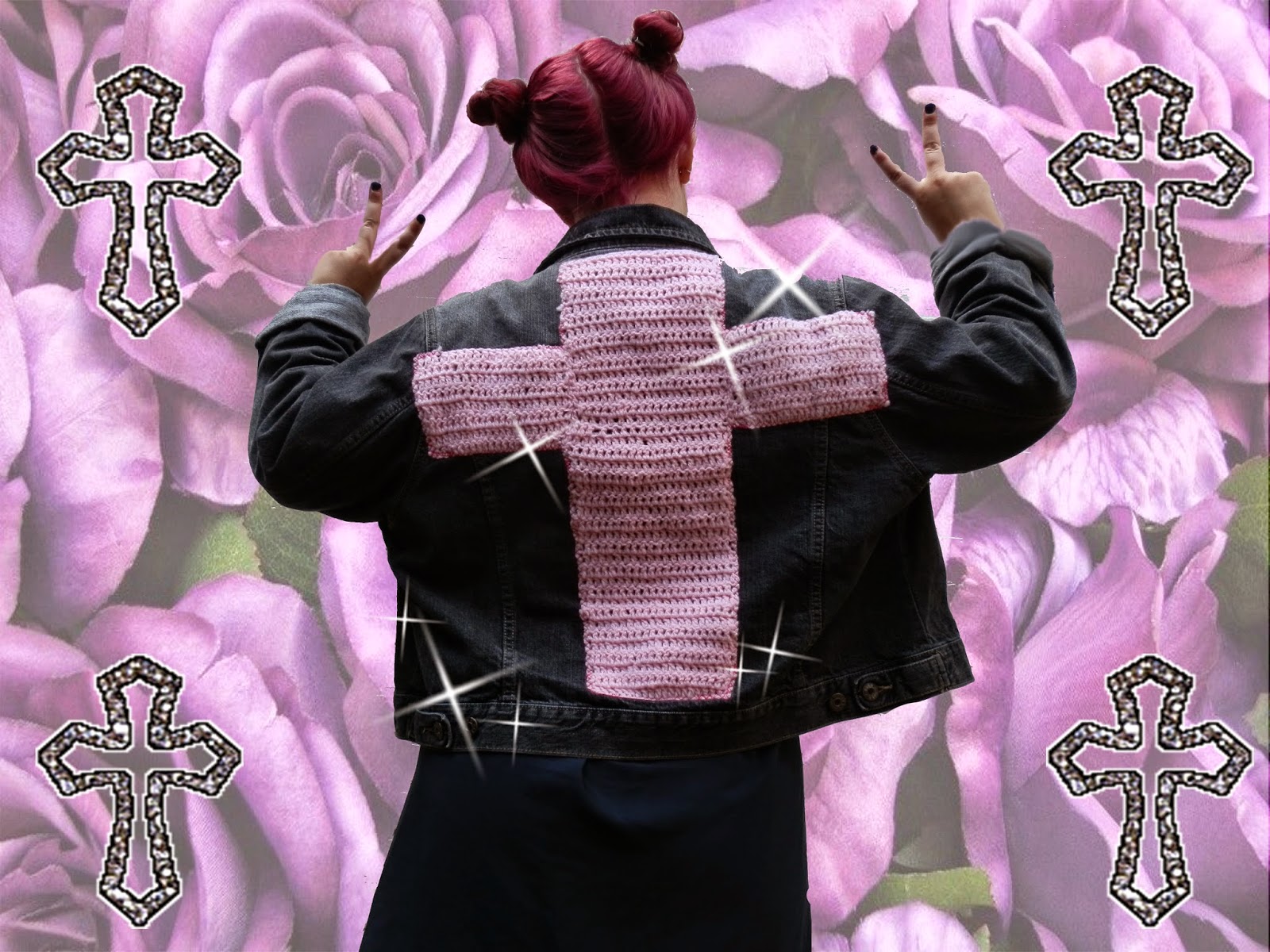 I've always liked the kitsch side of religion, but lately I've gathered the courage to express that feeling in public. I'm not a Christian believer myself, and I know that many people (who are) wouldn't respect the fact that I'm walking around with Jesus' T-shirts and giant crosses on the back of my jackets. Anyway, it looks like 'using religion in an expressive way' has been kind of a trend lately. I've not only seen it in fashion (remember Jean Paul Gaultier's 2007 collection?), but also in crafting ideas, living accessoires (Holy Mary-shaped candles etc.) and in art ofcourse (a BIKE!). 'Wearing religion' has become some kind of accessoire these days, which even non-believers can afford to wear. And I have to admit, I'm one of them.

Don't get me wrong, I totally respect Christianity in all its forms. The fact that I don't believe, doesn't mean that I don't find it very interesting and sometimes even fascinating.

Anyhow, I (too) like to 'use' the kitschy outcomes of Christianity as accessoires in life. I love crafting kitschy/religious things, wearing a rosary just because I think it's beautiful and crocheting a cross so I can sew it to the back of my denim jacket and wear it in public. I don't think there's anything wrong with that, as long as I don't ridicule religion or hurt Christians by doing so.

I didn't mean to give this post such a serious atmosphere when I started it, but it feels right to express myself like this :) To enlighten this post for a bit, here's a small moodboard with craft ideas I would love to wear/make myself someday.